It was 1972 when a 19-year-old young man straight out of Clayton Valley High School caught the entrepreneurial bug and decided to open his own auto body repair shop in Concord, CA. While many of his friends were still in school, Mike Rose had already found his career and was pursuing it with a passion. Mike started working in the collision industry when he was still in junior high school for Jim’s Auto Body in Concord, working after school, weekends and during his vacations to learn the business from the ground up.

His first shop started out modestly, with five employees working in a 3,000 square foot facility. Little did he know that his journey would lead to bigger things and eventually result in 16 locations throughout the Bay Area, making Mike’s Auto Body one of the largest Multiple Shop Operators (MSOs) in northern California today. 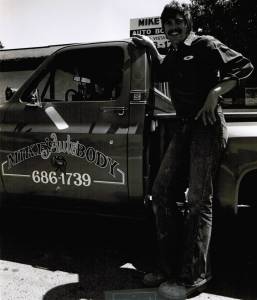 Through hard work and by leading with quality while always focusing on elite customer service, Mike’s Auto Body today has become a business leader and a community force in every city in which it fixes cars. Founded 46 years ago and later reorganized in 1980 as a corporation under the name of Mike Rose’s Auto Body, Inc., Mike’s Auto Body has established a long-term track record of excellence and is known throughout the Bay Area for serving the Bay Area for its exemplary collision repair services.

“As the founder and president of Mike’s Auto Body, I can assure you that we will always strive to complete each and every repair honestly and fairly,” Mike Rose said. “We’re very blessed to be in this industry for 46 years. We have our two children (Ragen and Brennan) involved in the business, to continue the legacy and our employees are a part of our family as well. We have people who have worked here for more than three decades and we value all their efforts immensely.”

As the population of Contra Costa County began to grow at an explosive rate in the late ‘70s and ‘80s, so did the demand for vehicle repairs to be performed by qualified professionals. Recognizing a need for more honest, quality-conscious body shops, Mike’s Auto Body opened its second location in Walnut Creek in February of 1993. 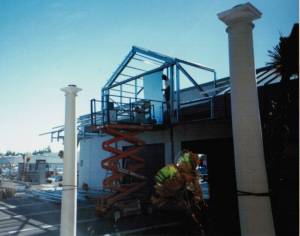 Toward the end of 1994, the opportunity to purchase another building in Concord became available and the Rose family seized the moment. After experiencing steady growth and building valuable business relationships while performing at a high level on every body shop repair, Mike Rose was poised and prepared to expand one more time. By seeking out and embracing the newest technology in the collision repair industry, Mike’s Auto Body wanted to build a modern facility with all of the latest equipment and systems available. During the next six months, the Roses built their dream facility in Concord and named it Concord—VDM (Via De Mercados). Today, it acts as the company’s headquarters for Mike Rose’s Auto Body, Inc., and contains all of its management, administrative, marketing and IT departments, as well as operating as a full-service collision center.

More expansion took place again in 1997 for Mike’s Auto Body, when the Rose family saw a prime opportunity for another autobody shop in Walnut Creek on North Main Street. And then two years later, Mike Rose purchased a larger facility across the street from this original Walnut Creek location on North Broadway.

Hitting on All Cylinders in the 2000s

In 2005, the Rose family saw opportunity to expand eastward when they established a collision repair shop in Antioch. Exponential growth in the region meant the timing was right and by now Mike’s Auto Body was well-known for making high-quality auto body repairs for thousands of satisfied customers. 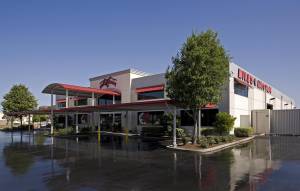 A year later, the opportunity for growth once again presented itself and Mike Rose opened a sixth shop in Brentwood. This 18,000 square foot auto body shop was in a prime location and it did not take long for everyone in Brentwood to know about the new Mike’s Auto Body and its talented crew.

In 2007, Mike Rose purchased store #7 –a beautiful state-of –the-art 24,000 square foot facility in Pittsburg. The economy was going through a tough time and about to experience a subsequent free fall, but Mike Rose believed in his company and in the City of Pittsburg, so he plowed ahead and today Pittsburg is a healthy, busy auto body shop fixing hundreds of cars every month.

Making All the Right Moves and Building a Brand

In 2010, along with Mike Rose’s daughter Ragen and son Brennan, the Rose family took a chance and purchased an old Dodge 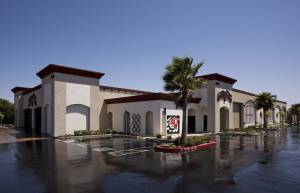 dealership and converted it into a state-of-the-art collision repair facility in Antioch. The Roses decided to make this shop an elegant facility, complete with a fountain in the reception area, comfortable offices and a cutting-edge high production shop area. The transformation of this location helped to revitalize the gateway to the delta, which obviously pleased the residents of Antioch while making the Rose family proud. In April of 2011, Mike’s Auto Body moved into its new home and increased its exposure in the Antioch community. The Mike’s Auto Body name was now becoming a brand and people throughout the East Bay were starting to hear it again and again—primarily by very satisfied customers!

Also in 2011, Mike Rose once again saw an opportunity for growth and opened up his eighth location in the city of Lafayette. The opening of this location expanded the presence of Mike’s Auto Body in Contra Costa County and thereby introducing the Mike’s Auto Body name and way of doing business once again to an entirely new community.

In 2012, the Rose family expanded into two more locations, to make it a nice even dozen. First, it was Fairfield and then Napa, giving Mike’s Auto Body a presence in two new communities needing top-level, high-quality auto body repairs. The Napa location will soon be undergoing a 1,800 square foot expansion, adding offices, additional parking and an amazing reception area.

Looking Back but Focusing on the Future 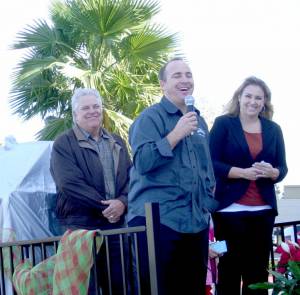 Looking back at 46 years and seeing the growth at Mike’s Auto Body is obviously very exciting and highly satisfying for the Rose family and its employees. A company that originally employed five people in a 3,000 square foot shop now employs nearly 300 people working in 16 locations and totaling approximately 190,000 square feet in size. The formula for success at Mike’s Auto Body is simple and time-tested—by working both smarter and harder and connecting to the communities in which they do business while employing and empowering the best people available in the collision industry today— it makes it all work.

The future looks bright for Mike’s Auto Body and the Rose family, especially now Ragen (CFO) and Brennan (CEO) are integral parts of the business. The collision industry will change and there’s no doubt that the economy will fluctuate during the upcoming years, but the way the Roses approach the collision repair business will never be altered. Because Quality Counts and customer service matters more than anything else, which is the foundation that Mike’s Auto Body is built on and the biggest reason for its success.

The Bright Future is Here 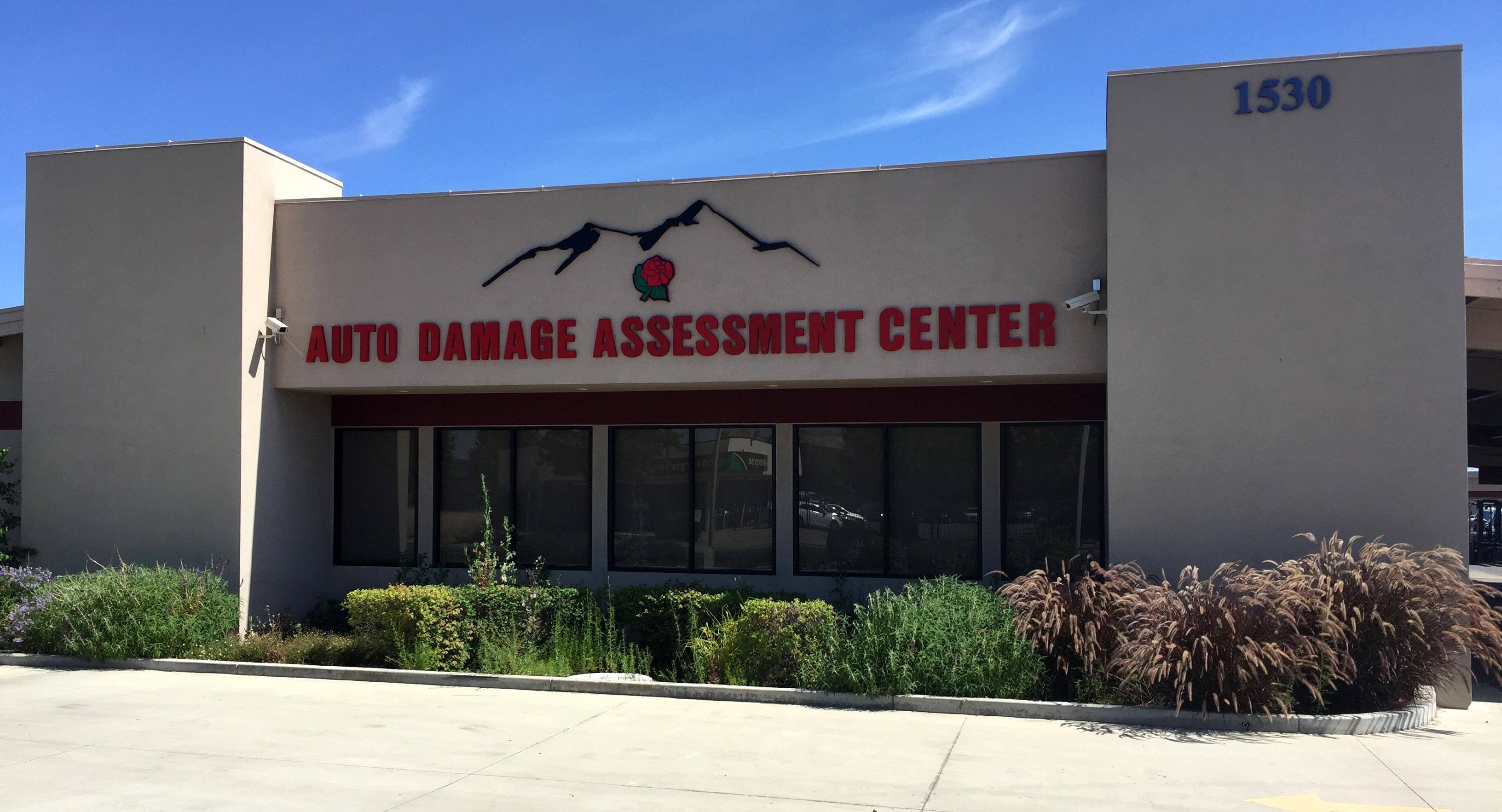 In 2015 Mike’s Auto Body was faced with some challenges. The economy was growing, the older car fleets were aging, and total losses were on the rise. For every total loss car at one of our facilities meant we had one less space to put a repairable vehicle. Our vision was to purchase a facility large enough to store total loss vehicles and to hire a crew who would specialize in Total Loss processing. This is how our Auto Damage Assessment Center, aka ADAC, facility came to existence. Today we are also using it as our Training Facility and Maintenance yard.

As far as location growth, we added a Location in Vallejo in June of 2016 and another in Alameda in the Early spring of 2018. Here we grown again…

As luck would have it, in 2010 I had bought a brand new car and weeks later hit a pedestrian crossing a parking lot exit. I had brought my car to this location to hav… END_OF_DOCUMENT_TOKEN_TO_BE_REPLACED

Customer service here is excellent. I recently dropped my vehicle off for repairs. The front desk staff was great. The ladies were all very nice and I was very please… END_OF_DOCUMENT_TOKEN_TO_BE_REPLACED

The owner, Mike Rose, really cares about building a quality business and being responsive to his customers.

What a great surprise.

Stopped by here to say hi to someone and then get a quote for a big dent I have on my back bumper. Corey came to help me, gave me a quote, and … END_OF_DOCUMENT_TOKEN_TO_BE_REPLACED

My 2012 Camaro SS was vandalized and my insurance company suggested to use Mike Rose. I was skeptical at first since it’s hard to trust Insurance Company Body shops… END_OF_DOCUMENT_TOKEN_TO_BE_REPLACED

I was involved in car collision and even if it was not my fault I was a total nervous wreck. My insurance send me to Mike’s Auto Body in Walnut Creek. Nobody could … END_OF_DOCUMENT_TOKEN_TO_BE_REPLACED

I imagine it must be a tough job working at a company like Mike’s Auto Body.  Specializing in estimates and repairs to cars post-accident, you’re the automotive Grim … END_OF_DOCUMENT_TOKEN_TO_BE_REPLACED

I appreciated the customer experience at Mike’s Auto Body from beginning to end for the company’s highly personable and thorough approach. I was impressed by the one… END_OF_DOCUMENT_TOKEN_TO_BE_REPLACED

Simply put: they just take care of you.

Mike’s Auto body is a family owned and operated business. This family feel transfers through their employees and the customer… END_OF_DOCUMENT_TOKEN_TO_BE_REPLACED

Brianna and team at Mike’s in Concord were amazing. Highlights:
-communication is 2nd to any business I’ve ever worked w/, timely, accurate and incredible responsive…… END_OF_DOCUMENT_TOKEN_TO_BE_REPLACED