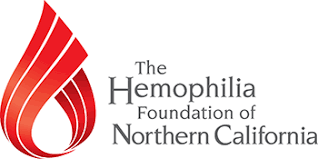 Starting in 2017, Mike’s Auto Body has been partnering with the Hemophilia Foundation of Northern California (HFNC) serves the needs of people impacted by bleeding disorders by enhancing the quality of life by providing support, education, outreach, advocacy, and research through its affiliated national foundations.

Within the last five years, Mike’s has donated a grand total of seven completely furbished “nearly new” vehicles that are provided by local insurance companies. Mike’s Auto Body is currently celebrating 100 cars given away to individuals, families, and non-profit organizations such as HFNC.

In 1958, HFNC began as an effort to raise awareness for a small group of hemophilia patients. Today, we provide advocacy, support, and resources to over 3,000 Northern California families (in 20 counties) with a myriad of inherited and acquired blood-related conditions.

Many people don’t know what a blood disorder is one of HFNC’s major missions is to educate the people of Northern California about hemophilia. In simple terms, platelets bind together to create a seal at the injured blood vessel, in most cases. Then the proteins or clotting factors come to form a clot. This keeps the platelets in place and prevents blood from flowing out of the blood vessel allowing it to heal.

A bleeding disorder is a condition where the body is not forming a blood clot properly because there is a deficiency or absence of the necessary elements (proteins or platelets) in the blood that are required to make the bleeding stop.  Without a proper clot, an uncontrolled bleed can occur.  Uncontrolled bleeding can be very painful and cause serious health issues.

According to the CDC, there are an estimated 33,000 people with Hemophilia A & B and 3,200,000 people with Von Willebrand Disease (VWD) in the United States.  HFNC serves people affected by these disorders and all types of rare bleeding conditions.

HFNC Executive Director Andrea Orozco has dedicated her career to working for three nationwide non-profit organizations before joining HFNC two years ago. The pandemic has impacted her time with HFNC, but now she’s ready to get out there and meet the community face-to-face. “I immediately discovered when I was hired here that this community is extremely tight,” she said. “It’s unlike anything I’ve ever experienced; these folks are extremely helpful and capable of amazing things.”

One of the other amazing things that Orozco encountered when hired at HFNC was the Mike’s Auto Body Benevolence Program. “During my first week on the job, they told me that there is a company that will give cars to our members and I was a little surprised. What a great opportunity, I thought—this is tremendous!”

After meeting the Rose Family and learning about the history of the Benevolence Program, Andrea began working with Mike’s Sal Contreras to find ideal candidates to receive donated vehicles.

‘When we can give a car to someone, it makes their lives better immediately,” she said. “Many of our member families are significantly impoverished and having a blood disorder can really put them in financial straits. If someone can’t work; they can’t put food on their table. So, the Mike’s Benevolence Program enables these people to stay employed while making their medical appointments on time and regularly.”

“We cherish this relationship because it allows us to help people who need it. When I see our recipients succeeding and flourishing with their donated vehicles, it warms my heart. It’s a wonderful feeling to be doing something for someone that will help them to change their life.”